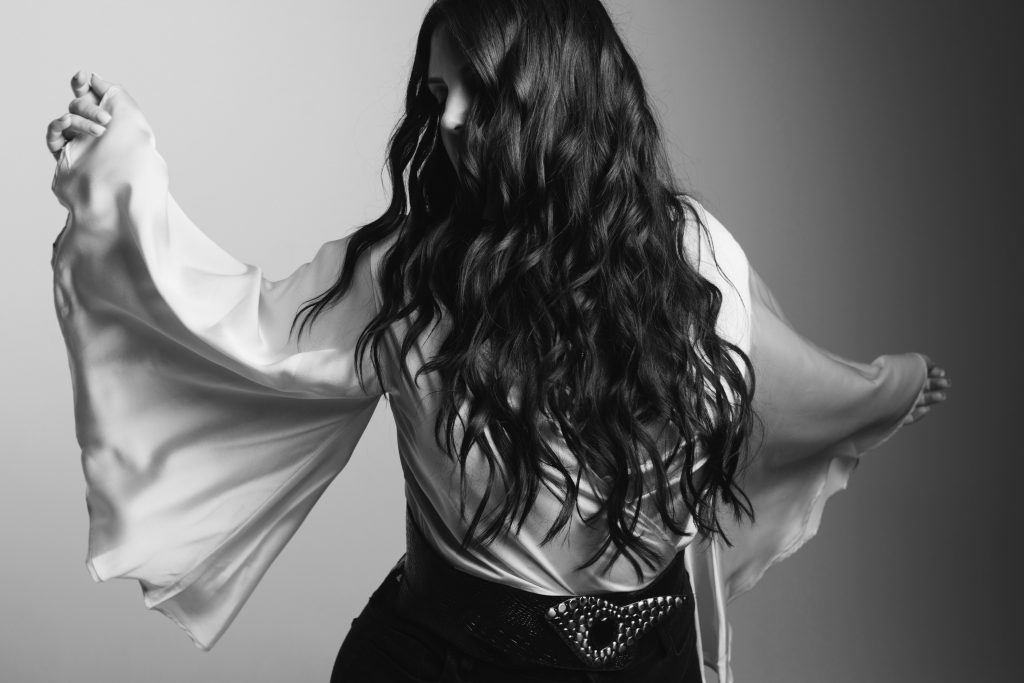 Long before she won the hearts of millions on American Idol in her early 20s, Kree Harrison was immersed in the musical aesthetic of Nashville, a soulful country singer/songwriter living in, being nurtured by and developing her craft with the multi-talented creatives there. Five years after her triumphant run on the show, the Season 12 runner-up is launching an exciting new phase of her career, signing an exclusive recording and publishing agreement as the flagship artist for the newly launched Music City based indie label One Vision Music Group, a subsidiary of Visionary Media Group.

Kree has been hard at work writing new songs and listening to outside submissions from some of Nashville’s top songwriters. She has already recorded new material for her upcoming 2020 album including the first single, “I Love The Lie,” written by Chris Stapleton, Morgane Stapleton and Liz Rose.

“The new album is going to be country for sure,” says the multi-talented Texas born and raised performer, “but because I grew up listening to a lot more than country like Otis Redding, who I practically worship, there’s going to be a lot of soul in there. There’s something about the dreamy steel guitar in country music and the horns on a great soul song that gets to me, both are my medicine.”

Kree laid the foundation for her upcoming releases with her successful debut single and Idol Finale song “All Cried Out,” which reached #34 on Billboard’s Hot Country Songs chart, and her highly acclaimed 2016 collection This Old Thing, which hit #28 on Billboard’s Top Country Albums chart and #20 on the Heatseekers Album chart. She has also collaborated with many of music’s biggest artists, including Keith Urban, Delbert McClinton, Kacey Musgraves and another of her idols, Wynonna Judd.

Kree, who landed her first publishing deal with Chrysalis Records at 16, wrote nine of the 13 tracks on her debut album, and is open to recording a set of music blending her own songs with those penned by others. “I’ve been writing songs since I was 14 and spent a lot of my teens in sessions with some of Nashville’s hit writers,” she says. “This is where the greatest songwriters live, and it would be foolish for me not to consider outside songs. You never know, those could be the missing puzzle pieces between making a good album and a great one.

Unlike many Idol contestants who enter the competition as amateurs, Kree had amassed an impressive musical resume by the time she auditioned successfully in Oklahoma City. Raised in Woodville, Texas, she spent her childhood singing at churches (where she happily shocked her pastor at age three by singing Amy Grant’s “El Shaddai”), rodeos, weddings and competitions. “A lot of this passion was fueled by listening to what my parents played every day, which was Otis and Al Green in the house and then Bad Company and Stevie Ray Vaughan,” Kree says. By ten she had opened for Percy Sledge (another soul hero of hers), won “Artist of the Year” from Kirbyville Playhouse; sung three times on “The Rosie O’Donnell Show”; and scored a development deal with Lyric Street Records, which resulted in her family moving to Nashville.

“I was serious about wanting to be a singer,” Kree says, “but while the folks that signed me felt I was talented and hungry, it was like ‘Who are you as an artist?’ While it was a long process figuring out the right direction to pursue, I knew even then that I didn’t want to be a pop country bubblegum singer. I was and still am stubborn about that.

“When I was signed with Chrysalis,” she adds, “I wrote a lot of material that was never released, and learned a lot about the ups and downs of the industry. There was a time when I suppressed the fact that I could belt out a song because I thought I wouldn’t be taken seriously as a songwriter. John and TJ Osborne were among my great songwriter friends at the time, and I am grateful for their support. I envisioned myself as a Patti Griffin type of singer-songwriter, playing either coffee shops or at the Ryman Auditorium.”

Kree spent her late teens performing at local Nashville hotspots, including the legendary Bluebird Café and the Grand Ole Opry, in addition to BMI Showcases in Florida such as the Key West Songwriters Festival and the Sandestin Music Festival. She also sang backup on Kacey Musgraves’ album Same Trailer Different Parkand the Eli Young Band’s Life at Best. Her sister, who convinced her to try out for American Idol. Kree was resistant at first, but then figured she had nothing to lose.

“At first I didn’t think being on a talent show was ‘me’ at all because I didn’t think I had a TV ready personality,” she says. “But the show turned out to be an amazing experience. I was grateful that I had spent so many years working in the trenches in the music business, going through the ups and downs because all that prepared me for the crazy, fast paced insulated lifestyle of being on the show. Even though I had performed on the Opry stage, I was still green in a lot of ways, and I never worked that hard in my life. It was a crucial learning experience, and played a major part in me becoming the artist I am today.”

One of Kree’s most memorable American Idol performances was her blistering take on “Piece of My Heart,” a classic funk/soul song primarily associated with Janis Joplin’s 1968 version with Big Brother & The Holding Company. In a delightful irony, Kree was born at the same hospital as the legendary blues/rock singer – St. Mary’s Hospital in Port Arthur, Texas.

I’m very proud to be from the same region where greats like her, the Prince of Zydeco Wayne Toups, Mark Chesnutt, Lee Hazlewood, George Jones, and Percy Sledge are from. Rumor has it there’s something in the water! I’m grateful now to have the opportunity to carry on in that storied tradition and, with One Vision Music Group, create my best music ever that reflects where I am now in my life.”